The result is this golden coloured dram with rich spicy aromas; toasty grain, vanilla and almond flavours and a long smooth finish. Finished in casks which used to hold dry sherry, this has notes of exotic fruit, almond, hazelnut, caramel and pepper.

Salt breeze, almost savory, like the air outside a Teriyaki joint. A dash of water brings out a lot of barleywine and fresh fruit scents, dulling some of the peat. Flavor starts with smoked meats, vanilla, big wet earthy peat but no campfire.

Saltiness continues with mid-palate cerealy sweetness… Complex and spicy, a bit vegetal. Water brings out a sweetness like refined white sugar, but covers up some of the eccentric meaty flavors. Finish is long and complicated, more spices, salted fish, boggy peat.

Evolves as it fades. This is eccentric and nuanced, challenging and satisfying. I published an updated review of this whisky here. Noticed some black particles swirling around the glass which I purchased at a bar. At the time I guessed barrel char that had escaped through the barrier filtering process.

When I asked on twitter, I got the following response from Springbank About The Distillery Springbank is a composite of rarities. It is one of the very few distilleries that performs the entire distillation process from malting on-site its own floor maltings to bottling in its private bottling plant. 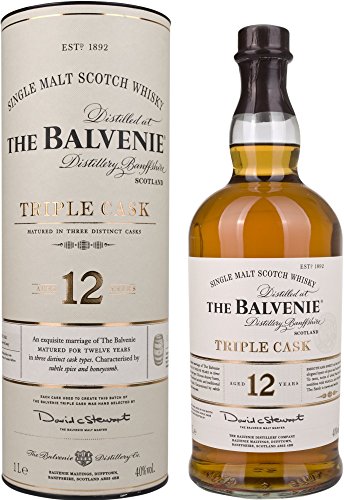 In fact, it is the only fully self-sufficient distillery in Scotland. Located in Campbeltown on the lyrical Mull of Kintyre, it is also one of the few surviving distilleries of three, with Glen Scotia and Glengyle from a once-great region of Scotch distillation. Springbank claims that hand-turned floor maltings as opposed to pneumatic or machine-aerated commercial maltingswhile labor-intensive, yield a malt that is better because it germinates more slowly.

Now hold on, because this math is tricky: Springbank also makes Longrow a peated malt and new in Hazelburn unpeated, truly triple-distilled. The water, like all Campbeltown whiskies, comes from the Crosshill Loch in the hills above the town, and is supplemented by a private well from a borehole drilled deep into the rock beneath the town.Back in December last year (during a holiday in Japan), we stumbled across Suntory's "Whisky Shop W" in Osaka (well, I say stumbled truth be told I'd planned it weeks in advance it was the first place we visited when we arrived in Osaka.) Without going into too much detail about Whisky Shop W.

Differences between Grain and Malt Whisky. Grain whisky production is a continuous process in a column (or Coffey) still using un-malted cereals that can be bought on price. My last Springbank 10 was about a decade ago, and it was a bit plain and thin (prior to that I had a 5-year old that was delicious!).

But I ventured to pick up another today and it is very much as glorious as you describe – – takes me back to my first dram in Oban .